Recommend to your friends 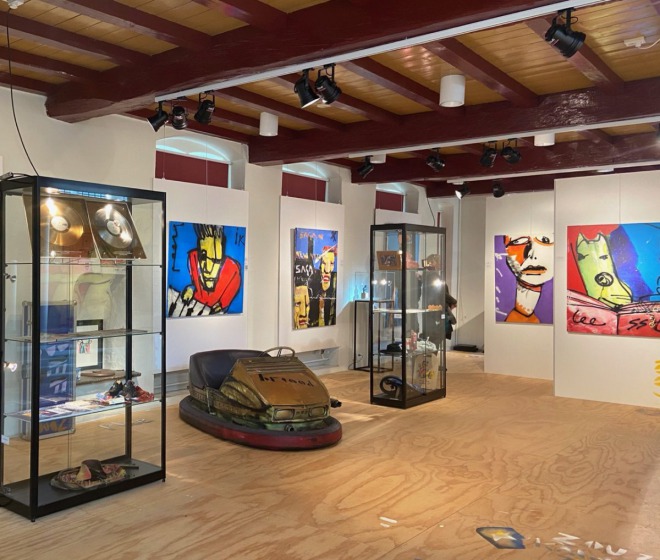 The Herman Brood Museum shows a broad collection of the artist's works. Think for example of paintings on canvas, letters, drawings and poems written by Herman. There are also personal items from Brood himself on display. Never-before-seen photographs, attributes painted by him, pieces of clothing and painting materials give you a glimpse into the life of Brood.

After your visit to the Herman Bread Museum you can browse around in the store. You will find everything here: from paintings painted by Herman Brood and his music to souvenirs. This gives you the chance to take a little bit of the Herman Brood Experience home with you!

Information about this location